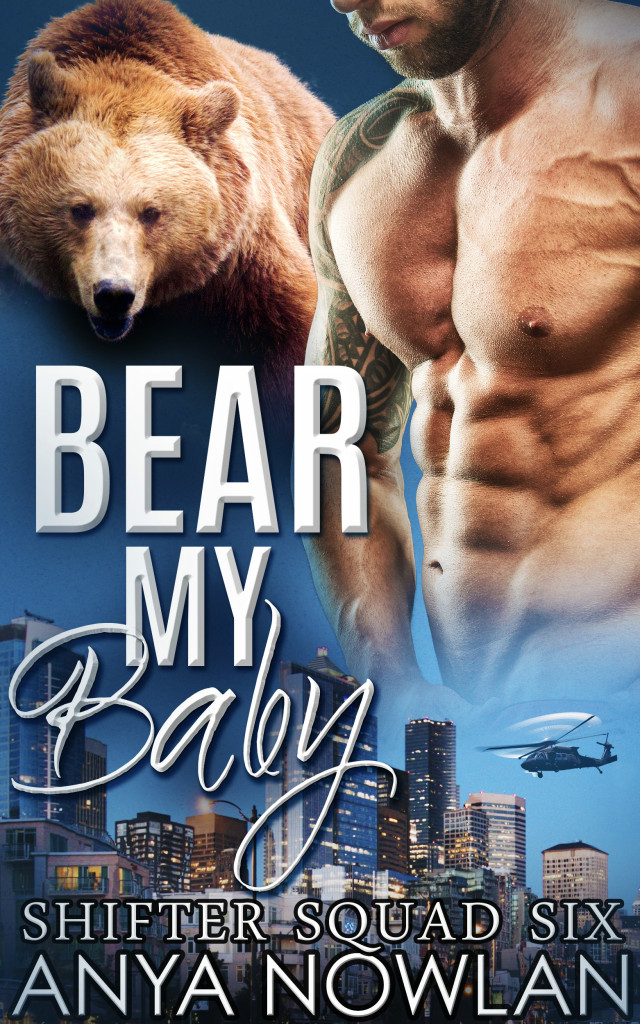 She never knew danger, but now she can’t get enough of the bear it follows…

This is a full 50 k novel with a guaranteed HEA. It has violence, steam, a forbidden pregnancy and lots of hot shifter commandos that are sure to knock down all your doors. Read it as a standalone and fall in love with the new shifter heros set to save the day!

Cassie Campton’s lived a calm, settled life. Working for an eccentric billionaire, she’s given plenty of time for the things she enjoys in life. Surprisingly enough, that makes a person complacent. So, when the man she’s devoted years to suddenly draws her into an explosive chase, complete with bloodthirsty villains and the distinct possibility of death, Cassie can’t help but wonder if she’s gotten in way over her head. But when the commando sent to save you is as hot and as infuriating as hers is, does it really matter?

Connor McLaughlin is a werebear with a past, and not much in terms of future. Head of Shifter Squad Six, he’s a gun for hire, a soldier of fortune. Every job’s the same, except for this one. He didn’t think he could ever love again, but one look at Cassie and the tough as nails ex-SEAL finds himself stumbling over his feet and words. They only have one night together and after that, Connor’s never the same, for better or for worse.

Brought together by fate once more, Connor has to save his woman, maybe the world, and most heartwrenchingly, his cub he knew nothing about. Can Cassie and Connor overcome the lies between them and have a future together, or are they doomed to fail?