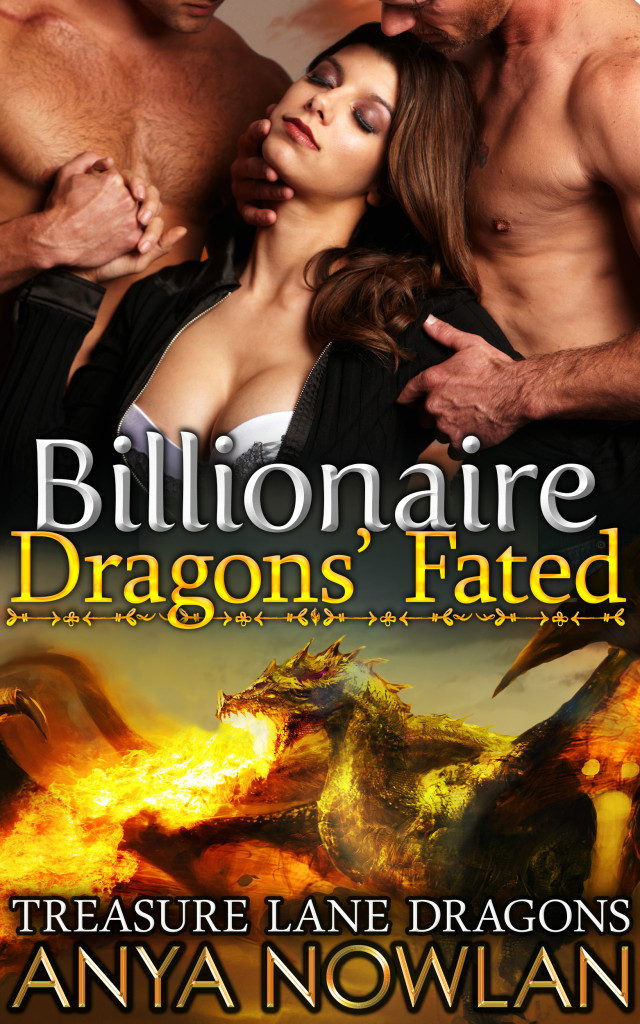 Double trouble has never been so hot…

Alexander and Apollo Goldplains have it all. The bodies of Greek gods, the fortunes of Midas, the adoring fans who would follow them to hell and back. But something’s still missing. When the rock star billionaire dragons start losing their powers, they know that it’s now or never – find their fated mate or be left as just the shadows of their former glory. There’s just one problem. There can’t be a woman who would fit them both, or at least they haven’t found her yet.

Jade van der Kamp knows too much and she’s not about to forget any of it. The curvy bassist suddenly finds her on the run from a secret so twisted that there’s no doubt men would be willing to kill for it. But what’s a sassy musician to do? The only safe place seems to be in the arms of the Goldplains brothers and if she lets herself stay with them, she might never want to leave. Getting to know the rebellious billionaires, she can’t help but wonder if staying isn’t exactly what she wants…

But what Jade wants and what she gets are two entirely different things. Faced with the wrath of ancient dragon magic, Apollo, Alexander and Jade need to make up their minds fast, or risk losing one another forever.

Warning: Billionaire Dragons’ Fated is a standalone novel with no cliffhangers and two bad boy dragons who won’t leave you disappointed. Be aware that there’s plenty of sassy, scorching heat and violent action in this book and it is meant for mature audiences!

BUY IT NOW ON AMAZON