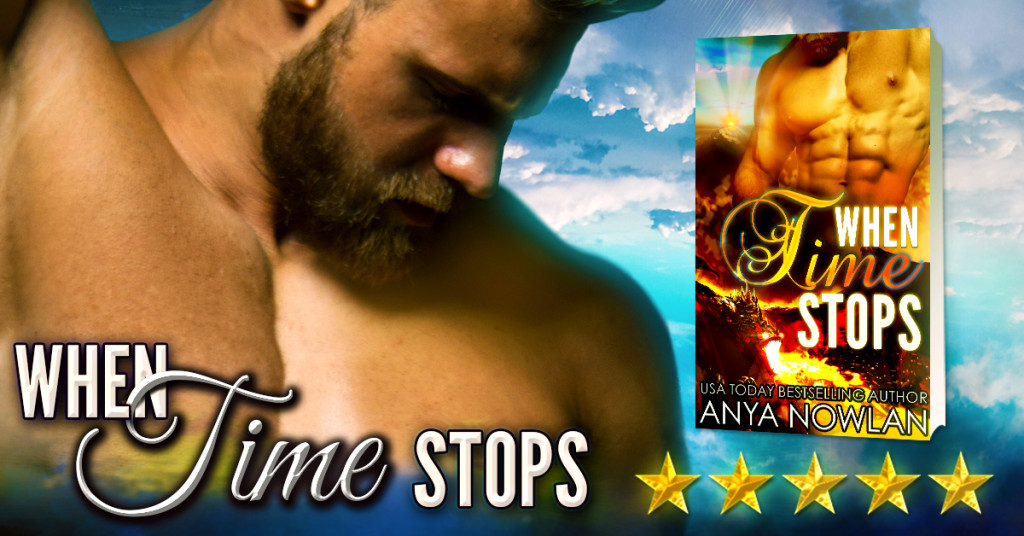 Babies and dragons – the perfect mix!

Aeon Prevoir is getting swindled. For years, he has been the Alpha of his family, the last line of time dragons, the guardian of all they stand for. He’s more than happy to stay that way, yet his younger brothers have another idea. Tricked, Aeon finds himself thrusts into a predictable world he doesn’t like, or approve of. But if the first woman he meets is the only person whose actions he can’t foresee, can he really know what’s about to happen next? And when one night of passion turns into something much more heady and dangerous, the man who was never caught off guard can’t seem to keep up any longer.

Isobel Evans had bet on the wrong man. Left at the altar, she does the only reasonable thing to do for a woman in an exorbitantly expensive wedding dress on the supposed happiest day of her life – she runs. Right into the arms of a sexy, mysterious, dashing hero, who for a moment seems to be the only good guy left. But when on the very next day she gets unceremoniously abducted and put up as the prize of a dragon tournament, Isobel’s more than ready to give up on mankind for good.

Except there’s one problem. She’s not given a choice. Her path is decided for her and it seems like she’ll be stuck with a dragon, whether she likes it or not. When Isobel figures out that her little tryst resulted in something a lot more permanent than a few hickies, she knows there’s more on the line than just her faith in men.

With dragons circling the sky like vultures and danger lurking behind every corner, Aeon has to figure out fast what he wants from life. The predictability of the future before him, or the wild uncertainty that comes with the most fascinating woman he has ever met?

When Time Stops is a full paranormal romance novel featuring a curvy Latina heroine, a growly Alpha dragon and a pregnancy neither of them were prepared for. The book has a guaranteed HEA, no cheating, and plenty of scorch!