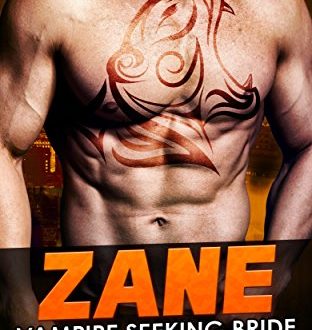 Corinne Matthews has lost her say in who she is and what becomes of her. Traded for a debt, the curvy woman is to marry a vampire and not complain, for the sake of her family. Defiant but ultimately with no choice but to agree, she’s sent off on a road trip across the country with a man who has never not finished a job.

This time though, he might not make it. Love was the last thing she expected to find, but fate has its ways of changing things…

Zane is a vampire with a code. Work and survive, that’s all he needs. But when a job becomes more than he bargained for, Zane’s ready to toss everything to the wind for the right woman. He’ll need to go against one of the most powerful vampires in the country, and survive.

Zane: Vampire Seeking Bride is a vampire romance novella that should be read as a standalone. It has plenty of fangs, steam, action and the kind of vampire who is willing to change… for the right woman. 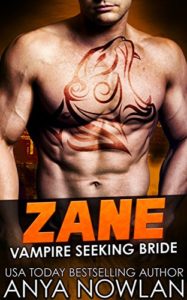