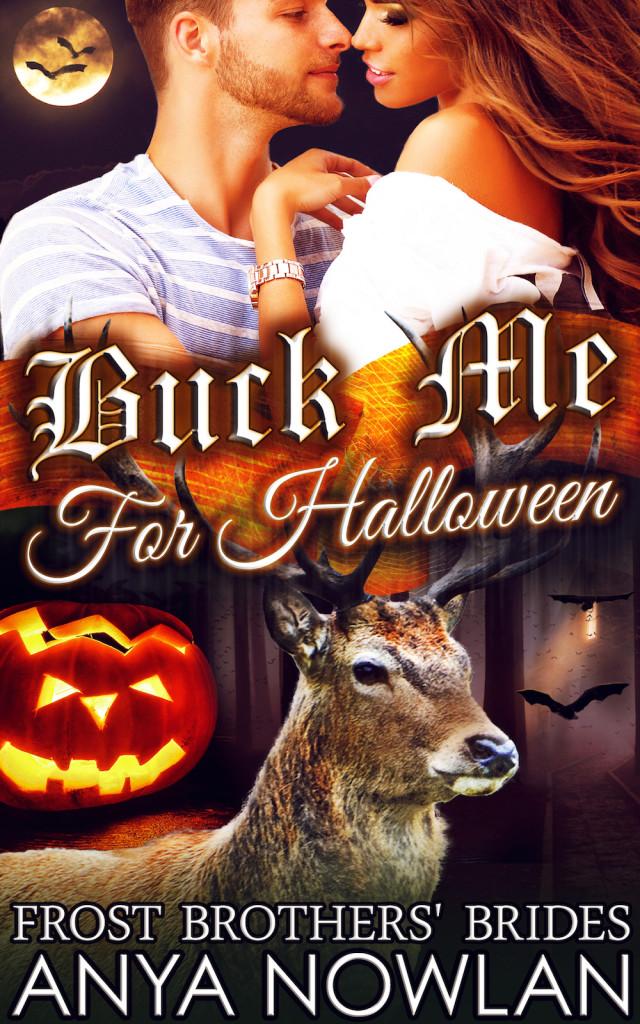 What about a quick buck to take the scare away?

This Halloween isn’t going to be any better than any holiday before or after it for buck shifter Vix Frost? Why? Because he’s working, that’s why. Even if the latest delivery brought the pilot to Salem Massachusetts on the eve of the scariest night of the year, he can’t help but feel a little disappointed. After all, seeing most of his brothers get married and leaving him with the brunt of the work can do that to an Alpha shifter used to having his way. Good thing he runs into the sexiest woman ever, or this whole Halloween nonsense could have been a complete bust.

Samarra Alderley is a curvy woman who is done letting life get her down. The talented event planner has decided to take life by the horns and even if her ex-boyfriend cheated on her and tried to take half the company she built, Samarra has stubbornly decided to not let it distract her from putting on the coolest haunted house Salem has ever seen. And Salem has seen a lot of haunted houses!

There’s only one little problem. Or, well, a million little problems, the biggest of which being that the hunky delivery guy keeps messing with her mind!

Well, either that or the creepy stalker who abducts her in the middle of the night. Either-or.

Can Samarra pull off what feels like the impossible without losing more in the process? Can Vix get what he wants for once or is it just another sucky Halloween? Something’s got to give and it sure as hell won’t be either of these two… Unless love finds a way, that is!

This book is a little Halloween novella set in Shifter Grove. It can be read as a standalone and has a guaranteed HEA! Be prepared for a little twist on everyone’s favorite reindeer and be ready to roll with the thrills! What would Halloween be without them?